0
You are reading: 5 exercises to improve posture and decrease the risk of shoulder injury
Dryland training

The “swimmer’s shoulder” is the sport-specific term used to describe this type of pain which includes several pathologies such as rotator cuff tendinitis, shoulder instability and shoulder impingement.

Most competitive swimmers train 11 months per year, swim approximately 10,000-12,000 metres each day, and rotate their shoulders over 16,000 times each week.

The high physical demand of this level of training may cause changes to some physical characteristics, which can then predispose these athletes to a higher risk of injury. 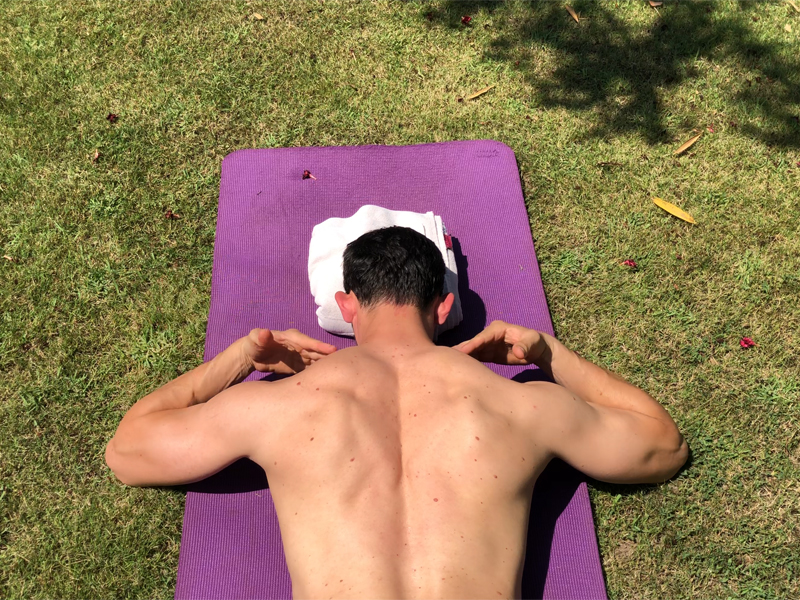 In a study published in 2016, researchers monitored a group of swimmers during the 12 week training period at the start of their season, when training volume is typically high. The goal was to ascertain the effects of swimming on three main physical characteristics: forward head posture, forward shoulder posture, and subacromial spacial distance. A comparison of results across the timeframe showed a worsening of head and shoulder posture, and a decrease of the subacromial space as time went on. There was a notably significant relationship between forward shoulder posture changes and subacromial spacial distance; as the former increased and posture worsened, the latter decreased significantly. These changes meant an increased contact between the acromion and the rotator cuff tendons, putting athletes at a higher risk of shoulder injury.

Forward head posture may also change the position of the scapula, decreasing its ability to rotate upwardly. This a common characteristic found in patients with shoulder impingement.

Forward shoulder posture is associated with scapular protraction, too. It can cause an increased anterior tilt and internal rotation of the scapula which may negatively affect the mechanics of the scapula itself.There is strong evidence that exercise interventions can help to improve forward shoulder and head posture, reducing the risk of shoulder injuries.

Strengthening both the scapula stabilizers and the pectoralis minor is the strategy frequently used for the treatment of a rounded shoulder posture. The treatment of forward head posture often centres around stretching the upper trapezius and levator scapula.

A 2012 study conducted by Stephanie S. Lynch et al. evaluated the effects of an exercise protocol in reducing injury within a group of elite collegiate swimmers. The intervention involved having athletes perform exercises three times a week which were aimed at strengthening the weak musculature and stretching the tight, overdeveloped musculature. Results over an 8-week period showed a decrease in the forward shoulder posture and a trend towards a decreased level of perceived shoulder pain and dysfunction.

Given the pervasiveness of shoulder injury in swimmers, it is an important duty of coaches to educate their athletes from a young age on the importance of performing specific preventative exercises. Though this is particularly important during peak season when the training volume and intensity is highest, the off-season may also be an opportunity to improve or reestablish shoulder function in the absence of intensive swimming.

Start in a supine position with a Pilates foam roller aligned along the spine. Begin by contracting the transverse abdominus and flattening the lumbar curve against the foam roller. Then, bring both arms together above the abdomen, with shoulders and elbows flexed at a 90° angle. Horizontally abduct the shoulders and retract the scapula, keeping wrists and elbows aligned in the same plane. Hold the stretch for 5 seconds and repeat 10 times. Perform 2-3 sets.

Start by wrapping a band around the back of the head, holding each end next to the temples. Push the head backwards into the band in an entirely posterior motion. Hold the position for 2 seconds before slowly moving the chin as far forward as possible.
Perform 3 sets of 10 repetitions.

Keeping 90° of shoulder abduction and maintaining a retraction of the scapula, lift the arms and hold the position for 5 seconds.

Perform 3 sets of 10 repetitions. Increase the holding time to improve endurance. Increase the load to work on strength. Be sure the load does not compromise the proper muscular recruitment.

Place a rolled towel under the forehead. Begin with the arms abducted to 90° and the elbows flexed to a 90° angle. Retract and depress the scapula while maintaining the upper trapezius totally relaxed. If needed, touch the upper trapezius to ensure that it is not contracted. Keeping 90° of shoulder abduction and maintaining a retraction of the scapula, lift the arms then raise them above the head while fully extending the elbows so that they form the letter ‘Y’. Be sure to maintain the scapula retracted and depressed throughout the movement.

The level of difficulty can be increased by moving continuously between the L and Y positions for an established number or repetitions.

From a plank position with the forearms and toes supporting the body on the floor, push upwards 1–2 cm, protracting the scapula. Be sure to actively prevent the winging of the scapula.

If the plank position is too difficult to maintain, consider keeping the knee on the floor during the exercise. 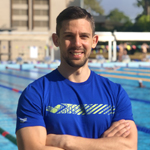 Marco Cosso is an Italian strength and conditioning coach with several years of international experience in sport elite. After graduating in Sport Science he has worked with athletes and amateurs of different level and age. Since 2015 he has worked with the swimming club Energy Standard and coached some of world’s best swimmers including the Olympic medalists Sarah Sjostrom, Chad Le Clos and Florent Manaudou. He is currently living in Turkey where he offers his services at the Gloria Sport Arena performance center.

10 drills that will improve your butterfly

6 mistakes to avoid if you want to improve your breaststroke