You will have certainly heard about alternate freestyle breathing, but have you ever wondered what the real benefits are?

Alternate breathing means breathing every three strokes or, rather, the ability to breathe both sides of the body.

It is important to be taught alternate breathing when you are young, because this will give you:

1. A better balanced stroke. If this basic is overlooked, you are likely to have an asymmetrical swim stroke when you are older.

2. Good propulsion in the water. As mentioned above, alternate breathing gives you better balance and hence less rotation of the shoulders and better forward thrust.

This is extremely important for triathletes, too, and not just swimmers. It allows you to maintain an efficient swim stroke in such disparate situations as waves, swimming around a buoy and/or checking the position of your closest rivals.

Here are some exercises you can include in your training to either learn how to breathe alternately or improve your alternate breathing:

Finally, here is a tip: make sure you do not always breathe every three strokes during particularly tough training sessions. Learn to breathe on both sides, alternating your breathing. First breathe only to the left and then only to the right. This will make your swim stroke more symmetrical and make it easier to keep an eye on your fellow competitors during a race.

Be inspired by our collection!

Swim coaches, trainers and experts will give you all kinds of tips for performing at your best in both training and races. Meet the coaches 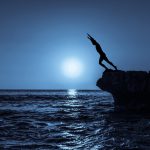