4 swim questions that would confuse the general public

A Swimmer's life
Written by: Rebecca Gillis at 22 December '17

0
You are reading: 4 swim questions that would confuse the general public
A Swimmer's life

Every culture has its own unique language and shorthand. Swimming is no different, but the terms that we use on an everyday basis become so second nature to us that it can be easy to forget that they tend to be exclusive to the sport. I have had some of my friends who aren’t swimmers ask me some pretty ridiculous questions (my personal favorite being: ‘Doesn’t IM stand for Instant Messaging?’). To be fair, though, a lot of the questions that I ask or hear on the pool deck would sound absurd to them…

For instance, I can’t count the number of times I have had a friend ask me “Can you help me get into my suit?”, to which I subsequently help to cram various parts of their body into their racing suit. In the swim world tight suits are second nature, and teamwork is key when trying to fit into one (especially for the shoulder straps!). It’s easy to forget that for most people a suit refers to a jacket and pants, which is not typically the kind of attire you need assistance getting into.

Another question that sounds relatively normal coming from my coach is “How many breaths did you take?”. Breathing patterns and lung capacity are key components of swimming any distance, so they are important to monitor. To people who aren’t as familiar with a sport that is in the water and where you have to be conscious of this, though, monitoring your breathing sounds more like something appropriate for a yoga class.

I could also see how asking someone ‘Did you scratch?’ could come off as out of context. In swimming, scratching an event at a competition means to forfeit the race. It is pretty common, for example, to scratch a race in a finals session if you have also qualified for another event that you want to focus all of your energy on. To any non-swimmer listening in, though, they would probably be left wondering whether you had some sort of rash you weren’t supposed to itch… yikes!

A final slightly odd-sounding question when taken out of context is ‘Have you shaved down?’. To anyone outside of the swimming community, this would likely sound a bit invasive or overly personal, and, especially for males who prescribe to standard societal norms of not shaving off their leg hair, it would seem strange. In a sport where milliseconds can mean the difference between winning and being out-touched to the wall, though, any trick to help make you more hydro-dynamic, such as shaving off excess body hair, is a game changer.

All in all, the swim lingo can be a difficult one to follow for anyone who does not spend excessive amounts of time near a pool. For us swimmers, though, it strengthens our sense of community to be able to talk about our sport with one another freely!

Hi! I’ve been swimming competitively since I was eight years old, and enjoy documenting the ups and downs of life as an athlete. Most of my days are spent on the pool deck, since I also work as a coach for young children, and as a lifeguard. Other than that, I’m a full time student and, like so many of my fellow swimmers, a food/nap enthusiast. 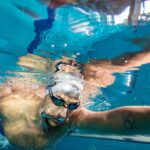 9 Swimming Drills for Beginners to Improve Your Technique 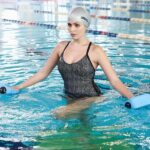 The 7 Best Water Dumbbell Exercises and How to Do Them 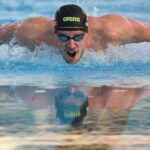 Fuel Your Swim Performance: What to Eat Before a Swim Meet 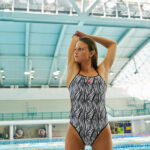 A Guide to Choosing the Best Swimsuit for Lap Swimming